Alaska is a “frontier” where you can still have some amazing adventures.

You can observe a 7-foot tall, 10-foot long moose amble through the yard of your Bed and Breakfast; see a tree where every branch has a magnificent bald eagle perched upon it, white head feathers gleaming in the sunlight; and watch a hungry bear as it catches a salmon for its supper. 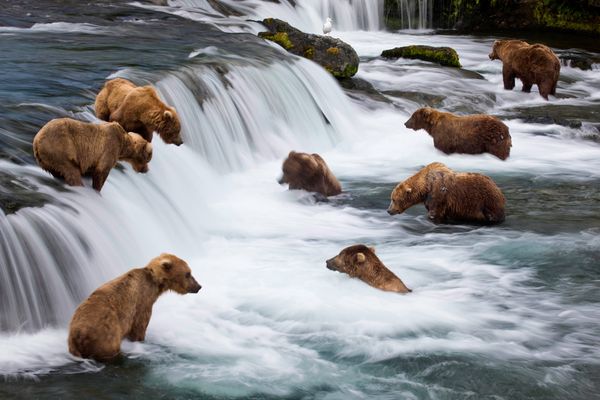 Alaska is the largest state of all fifty of the United States, but is the least densely populated. Its 663,268 square miles (1,717,854 square kilometers) yields just one person per square mile as an average density.

Its largest city, Anchorage has a metro population of nearly 400,000. 40% of the state’s population resides here, allowing for vast reserves of unpopulated land across Alaska.

Much of the interior of the state is uninhabited wilderness, with Fairbanks (population 32,000) being the only major settlement in the area.

This large expanse of land offers an exceptional opportunity to have experiences that are unique to traveling around the planet.

1. Glaciers. The southwestern part of Alaska is where glaciers accumulate. Some glaciers are so accessible that you can reach out and touch them.

Other glaciers are so formed that you can climb on them, and even walk across them. And still others are massively calving and you need to stay at a safe distance.

Prince William Sound has dozens of glaciers circling it, visible by boat. A stunning and exhilarating site is when the ice shelf of one of these glaciers breaks off a chunk – an action known as “calving” – which plummets with great drama, to the water below.

Accompanied by creaks, groans and roars, these massive chunks of ice crash into the water and become icebergs, many as large as 250 feet high and weighing up to 200,000 pounds.

2. Mountains. Mt. McKinley, also known as “Denlai” (the high one), is the highest mountain in North America, and is second only to Aconcagua in the Andes in the Western Hemisphere.

It stands as a singular site as most of the mountain is visible. A full 18,000 of its 20,320 feet rises starkly above sea level. This “base-to-peak” rise makes it the highest mountain in the world above sea level.

3. Bears. Most visitors to Alaska hope for a bear sighting. And while many are fortunate enough to have this exciting encounter, it’s not as easy as it may sound.

The advice from experts is to head to the southwest part of the state, where you’ll have the best chances to see these solitary, elusive animals.

Katmai National Park and Preserve, known for its 7 active volcanoes and for both its abundance of sockeye salmon and its brown bears, is a premier spot for catching site of a bear. If you head to where the fish are, you’re very apt to find bears there, too.

Brooks Camp, in Katmai National Park, is along the Brooks River. Here viewing platforms have been constructed along the river and by Brooks Falls where the bears feast on sockeye salmon.

Since bears go to different areas at different times based on food availability, other spots in the Park where there can be sightings include Funnel Creek, and Moraine Creek, both in the preserve, and along the coast at Geographic Harbor and at Halo Bay.

The summer months of June through September are the best times to see bears. Although, for example, in July you’ll see more bears catching salmon at Brooks Falls, and in September they congregate more in the lower part of Brooks River.

To provide visitors the best chances of seeing a bear, the National Park Service has contracted with a number of commercial operators who provide guides and transportation to the most popular bear viewing areas.

Alice Perkins is a timeshare travel blogger for RedWeek.com, the largest online market place for timeshare rentals, where vacationers can find luxury accommodations for less than the cost of a typical hotel room.

11 Tips for First-time Trekker in Nepal

Make The Most Of Your Travels With A World Phone 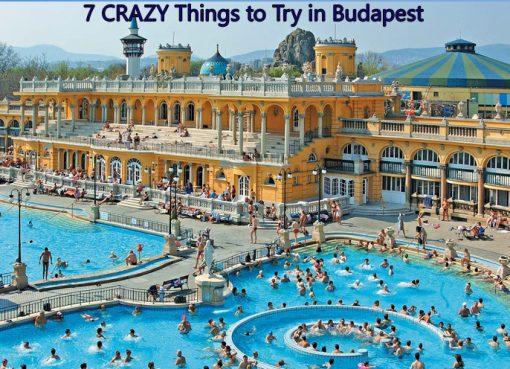